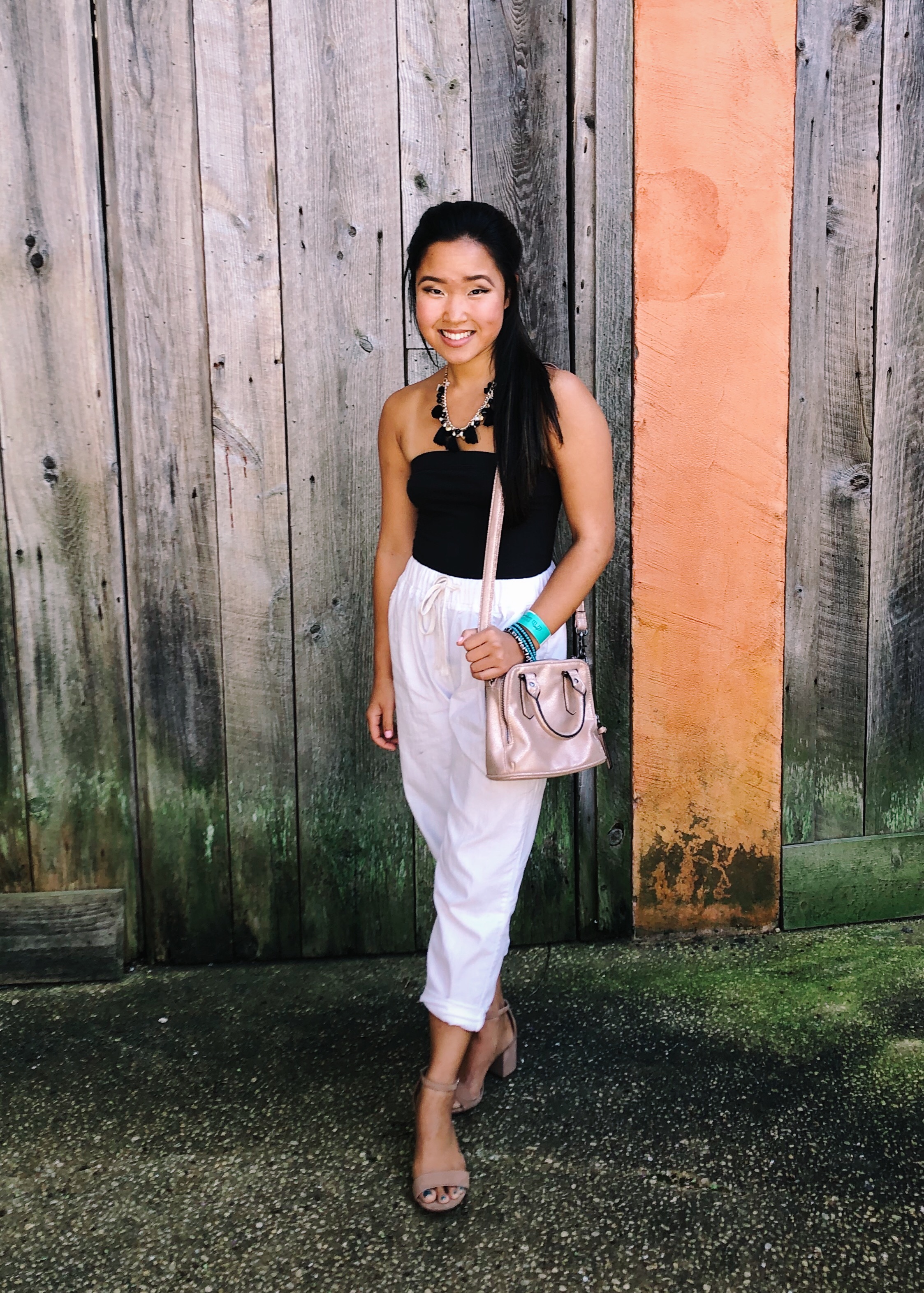 Debunking fashion rules that your mom and dad and Grandma Sue drilled in your head.

Opening up this entry stating how ecstatic I am to be back at UD! What better way to kick the year off than with a campus style post? For my first day of class, I wanted something that fell in-between late summer and early fall. I went through a bold and bright phase back in June and July but am now switching back into toned-down neutral colors for this semester. I paired my knitted bodysuit with relaxed, off-white capris and added my tassel necklace for a put-together and polished look. To elongate and slim my frame, I sported comfortable, low-chunk heels from Target. 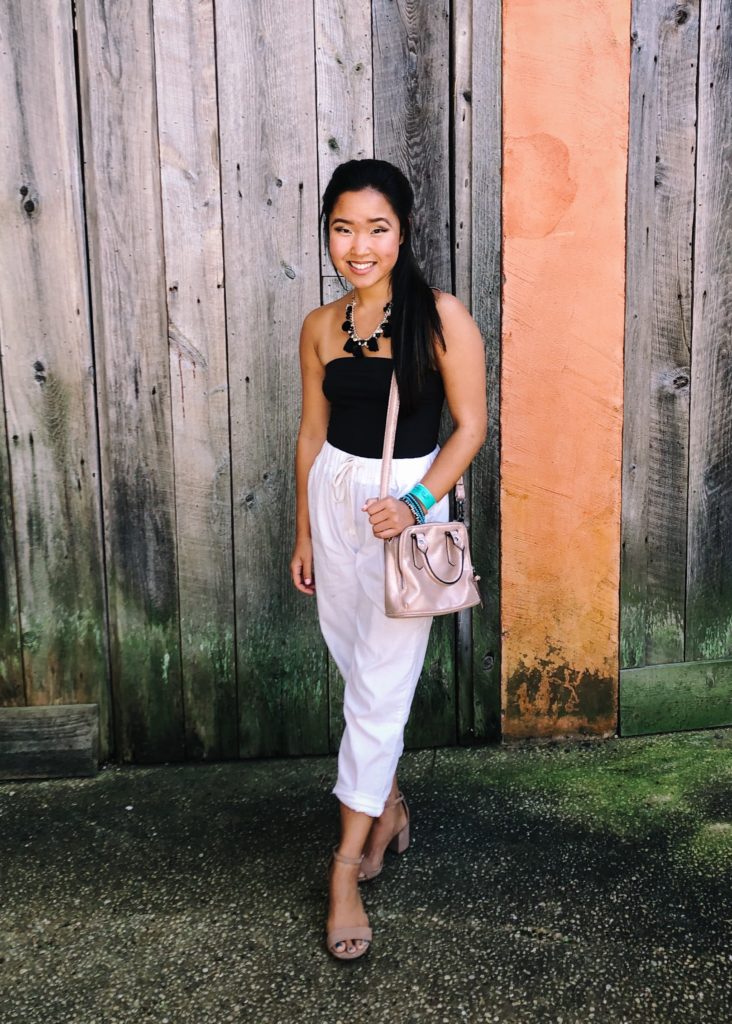 Classes began before Labor Day, yet I still debated over whether I should whip out these capris. In the past, I’ve chewed over the unofficial-official rule prohibiting white after the first Monday of September. Growing up, I understood how this was a taboo but never questioned the reasoning as to why and how we concluded this to be such a fashion horror and sin. Last week, I finally took a few moments to rummage through Google to find answers as to why older generations perpetuate this law in regards to wearing white after Labor Day. 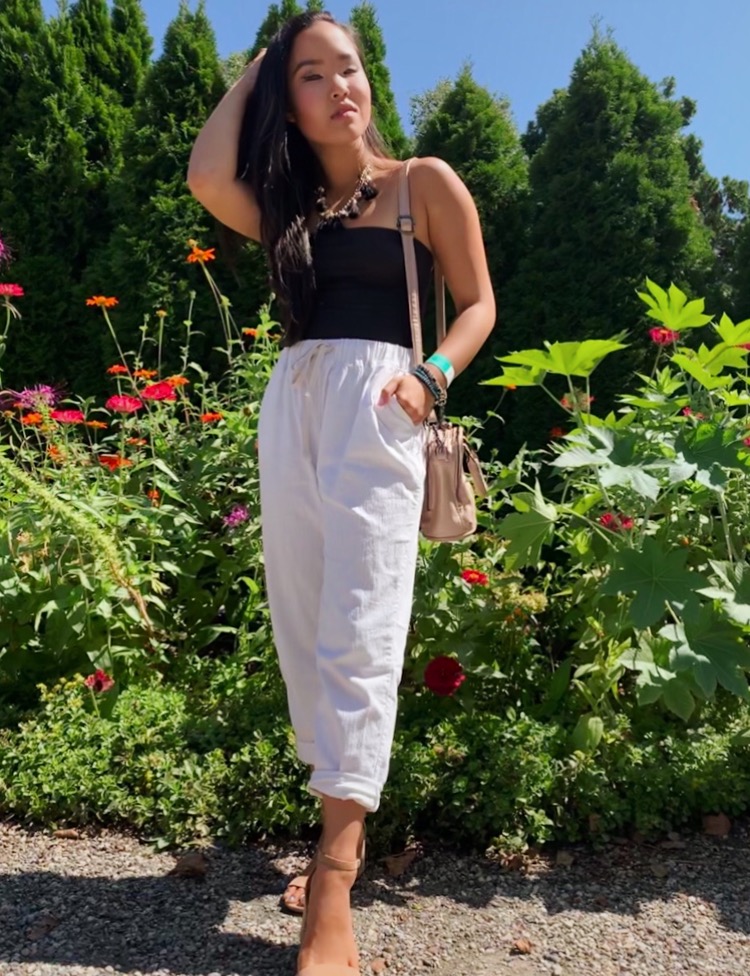 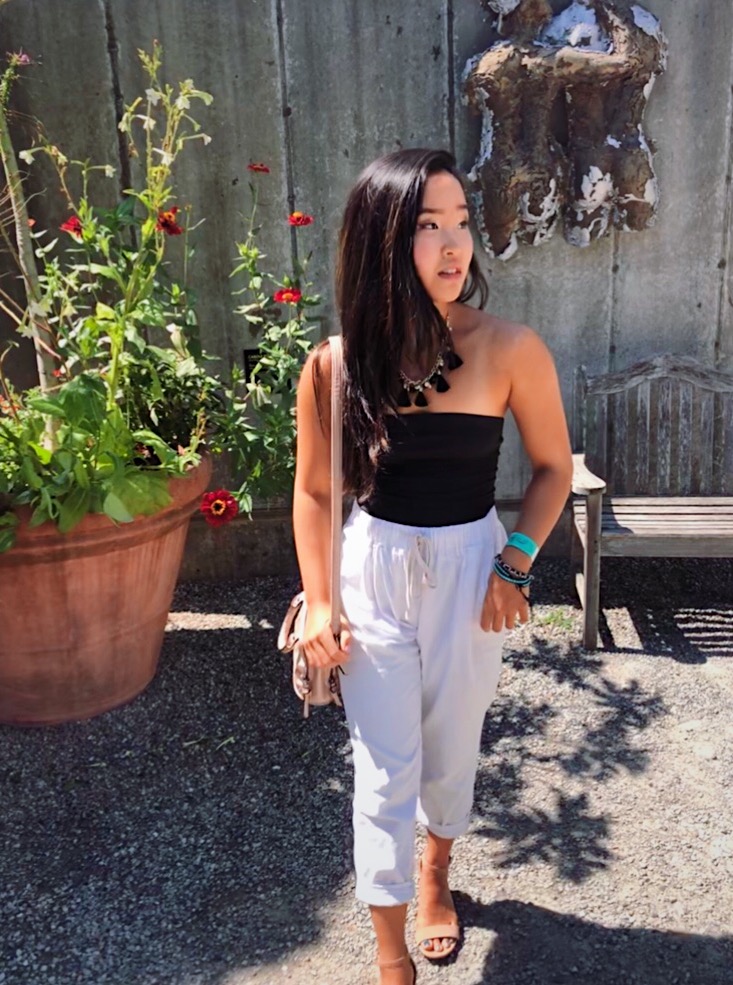 I first considered the function of white in fashion. A light-reflective, go-to for resort wear – adept for keeping yourself comfortable in hot temperatures and humid air but not adequate for trapping heat during the transition into cooler nights and shorter days. Hence, it makes sense as to why grandma ridicules millennials sporting white other than on the beach. Additionally, I thought of the historical context of every college student’s favorite holi . . . dage(?). In times of expanding industrialization and growing labor movements, somber palettes and utilitarian styles became the signature look for city workers. Meanwhile, we deemed white for the upper-class to pigeonhole the poor, transfiguring into enforcing elitist standards through a fashion lens. For a solid chunk the 20th century, the upper class drove trends, but power is slowly shifting to Millennials and Gen Zers. In this digital age, more trends trickle from youth, who dismiss rigid standards that stemmed from a small portion of the fashion environment.

I stumbled upon two articles on Marie Claire and Harper’s Bazaar that affirmed this declining standard and debunked my presumptions that we held white sacred for reasons other than the isolation of classes. Older generations can plausibly fathom the complacency youth feel while wearing white for the “‘Gram” for a picture that’s fresh as f*ck but, in the meantime, feel free to help push away the assumption that white is banned after Labor Day (at least according to Marie Claire and Harper’s Bazaar).

Foodie friendly? Conceivably, though I advise taking caution when it comes to eating and drinking.

Fashion friendly? Damn straight it is. At utmost, catch me at Trabant and, more likely than not, spilling coffee on my white capris.

(note: I actually wore this look at Grounds for Sculpture and on the first day of my class at the University of Delaware)